Bed, Bath, and Beyond

The Spinning Snowflake Snowman is an animated Christmas decoration produced from 2002 to 2010 and remade again in 2019. The traditional version wears a blue vest and holds a black top hat in his right hand, while holding a string of blue LED lighted snowflakes in his left hand. He swings his hips and moves his right arm up and down holding a hat as he spins his lighted snowflakes to the Snow Miser's theme from the 1974 Rankin/Bass television special "The Year Without A Santa Claus." In 2006, an open box version was released with the "DEMO/ON" switch. However, this version was not sold in 2005.

In 2003, Gemmy introduced the Frosty the Snowman variant of the Snowflake Spinning Snowman, sold at various retailers from 2003-2006. Later models have a black hat as opposed to the more common models having a dark green hat. His appearance is modeled after the 1976 Rankin/Bass television special 'Frosty's Winter Wonderland'. His original box from his first release had a window over the item, and a "Press and hold" button for his demo mode. Later releases also had an open box, with a "DEMO/ON" switch at the bottom. He dances to a cover of "Frosty the Snowman", and has a copyright date of 2002 on his tag for Warner/Chappell music.

A table of every variant can be seen below:

There were some variations that aren't snowmen, and another table can be seen below: 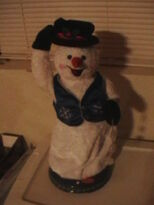 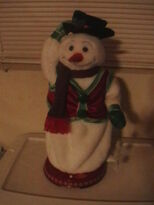 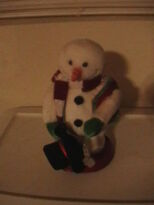 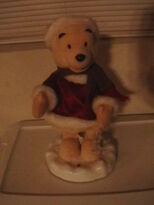 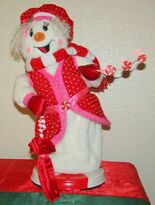 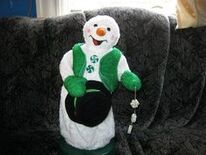 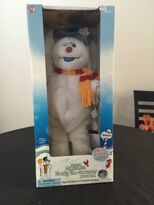 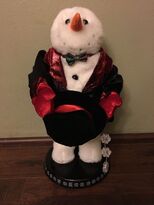 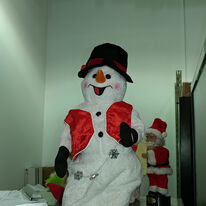 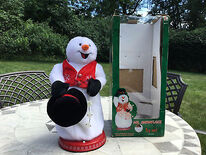 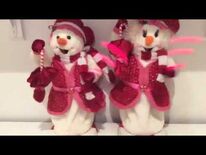 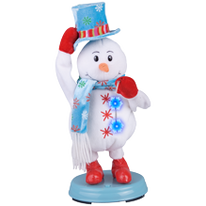 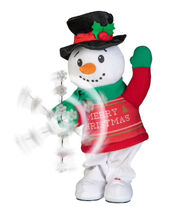 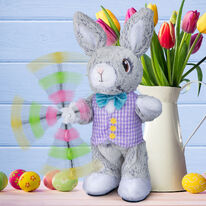 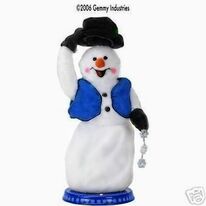 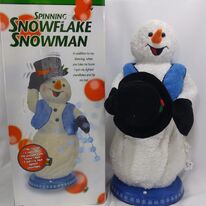 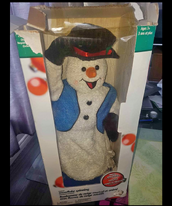 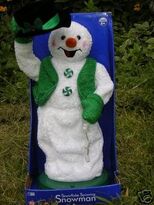 Add a photo to this gallery

Retrieved from "https://gemmy.fandom.com/wiki/Spinning_Snowflake_Snowman?oldid=57114"
Community content is available under CC-BY-SA unless otherwise noted.