Start a Wiki
The Shaking Spirits are a series of animated Halloween decorations made in 2006-2011. Each spirit shakes while its eyes glow and spooky noises/phrases play. Some of these look identical to the 1993 shaking Grim Reaper. 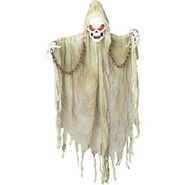 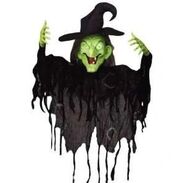 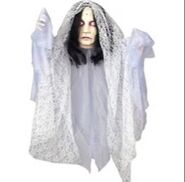 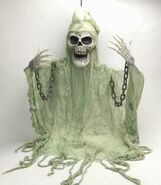 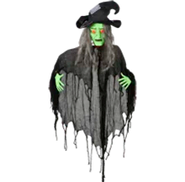 This is the Donna the Dead with the witch's phrases. The face was custom painted, as the owner stated that it was originally blank. 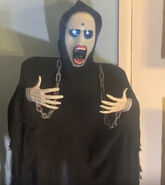 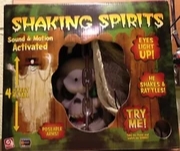 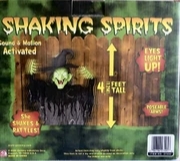 Mummy and Witch hanging beside each other at Target, 2006.

Prototype Mummy
Add a photo to this gallery
Retrieved from "https://gemmy.fandom.com/wiki/Shaking_Spirits?oldid=51683"
Community content is available under CC-BY-SA unless otherwise noted.