Pete the Repeat Parrot is an animated talking parrot made in 1991. He has a red body with blue ends on his wings and a white belly. When you talk to Pete, he will repeat what he heard to you in a sped up voice while he flaps his wings and moves his beak. 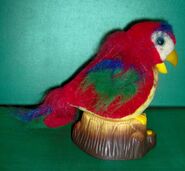 An alternate version of Pete 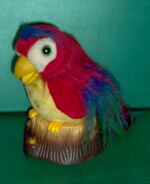 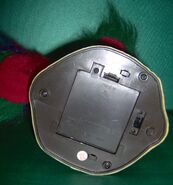 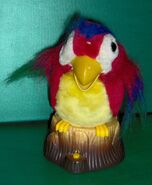 Alternate version (front)
Add a photo to this gallery

Retrieved from "https://gemmy.fandom.com/wiki/Pete_the_Repeat_Parrot?oldid=63642"
Community content is available under CC-BY-SA unless otherwise noted.