Illusion Mirrors (also known as Phantom Mirrors) were a series of tabletop decorations made in 2007. Whenever one is activated, the candles in front of them light up, followed by a creepy face materializing within the mirror saying various phrases or emitting spooky sounds. 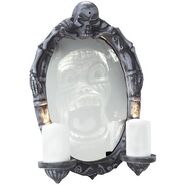 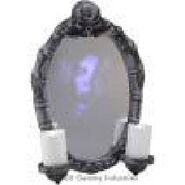 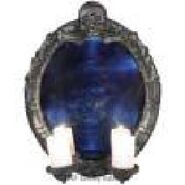 Screaming Face (Four Candles)
Add a photo to this gallery

Retrieved from "https://gemmy.fandom.com/wiki/Illusion_Mirrors?oldid=52043"
Community content is available under CC-BY-SA unless otherwise noted.