The Glow Ups are lighted indoor/outdoor Halloween decorations made in 2003-2007. Each one features a string of lighted body parts, or a character's head and limbs, to give the illusion that said character is buried underground. When plugged in, the lights fade on and off or alternate until unplugged. On some models, like Donna the Dead and Rick Amortus, the lights flash on and off. The variety of Glow Ups feature various different designs such as characters with heads and limbs protruding from the earth, ghostly footprints and even pathway markers.

There are many non-Gemmy lighted groundbreakers that resemble Glow Ups but are in fact made by other companies. Sienna, a lighting company, is responsible for making many of these Glow Up reminiscent groundbreakers, including (but not limited to):

These decorations are NOT Glow Ups nor are they gemmy by any means. 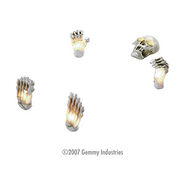 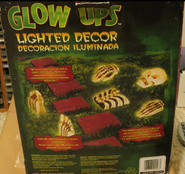 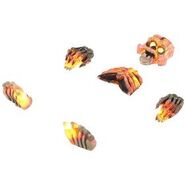 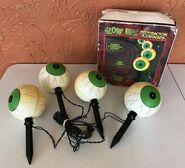 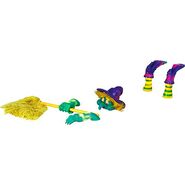 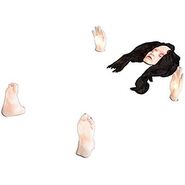 Totally Ghoul (Kmart) Witch box
Add a photo to this gallery
Retrieved from "https://gemmy.fandom.com/wiki/Glow_Ups?oldid=51818"
Community content is available under CC-BY-SA unless otherwise noted.