The "Floating Ghouls" are a series of animated Halloween decorations manufactured by Gemmy from 2002 to present day. Each Ghoul or Ghost is suspended from a hanging black pole. When activated by sound or motion, the Character moves up and down while Blue LED lights shine down on the ghost and makes spooky noises. Ghouls made from 2002 through 2007 have 4 LED lights and 3 motors that move each hand and the head, and those made from 2008 through 2010 have 2 LED lights and 1 motor which controls the head and rails that control the hands. The 2002-2010 poles are made to be broken down in thirds, which makes them easy for storing after the season. Some have LED lights in the eyes for an added effect. Gemmy and Sunstar have rebooted the series for 2017 and are still being made to the present day. These new versions have a smaller pole which cannot be broken down for storage. The ghost is also part of the pole suspended by nylon strings. The bar lights flash blue, unlike the glowing blue bar lights from the 2002-2010 models.

There are single-string models as well, which lack a pole entirely and utilize a mechanism similar to that of a Dropping Skull or Spider. These models were initially only made from 2009 to 2013, however a mini version was made in 2019. There are many different variants which are listed below. 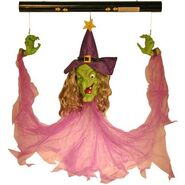 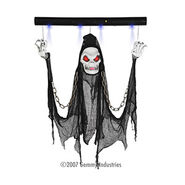 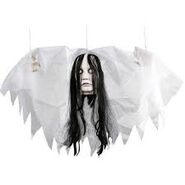 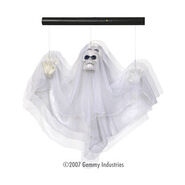 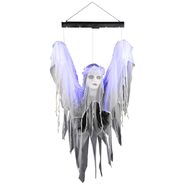 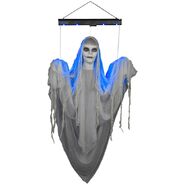 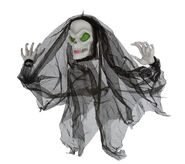 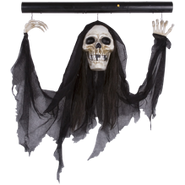 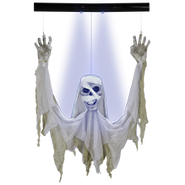 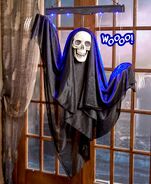 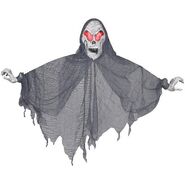 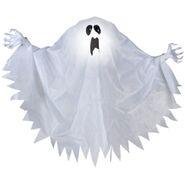 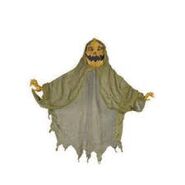 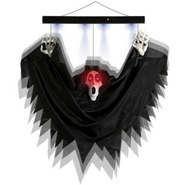 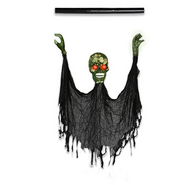 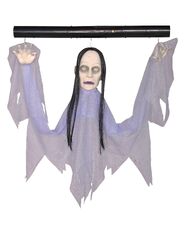 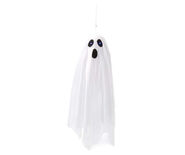 Retrieved from "https://gemmy.fandom.com/wiki/Floating_Ghouls?oldid=48261"
Community content is available under CC-BY-SA unless otherwise noted.